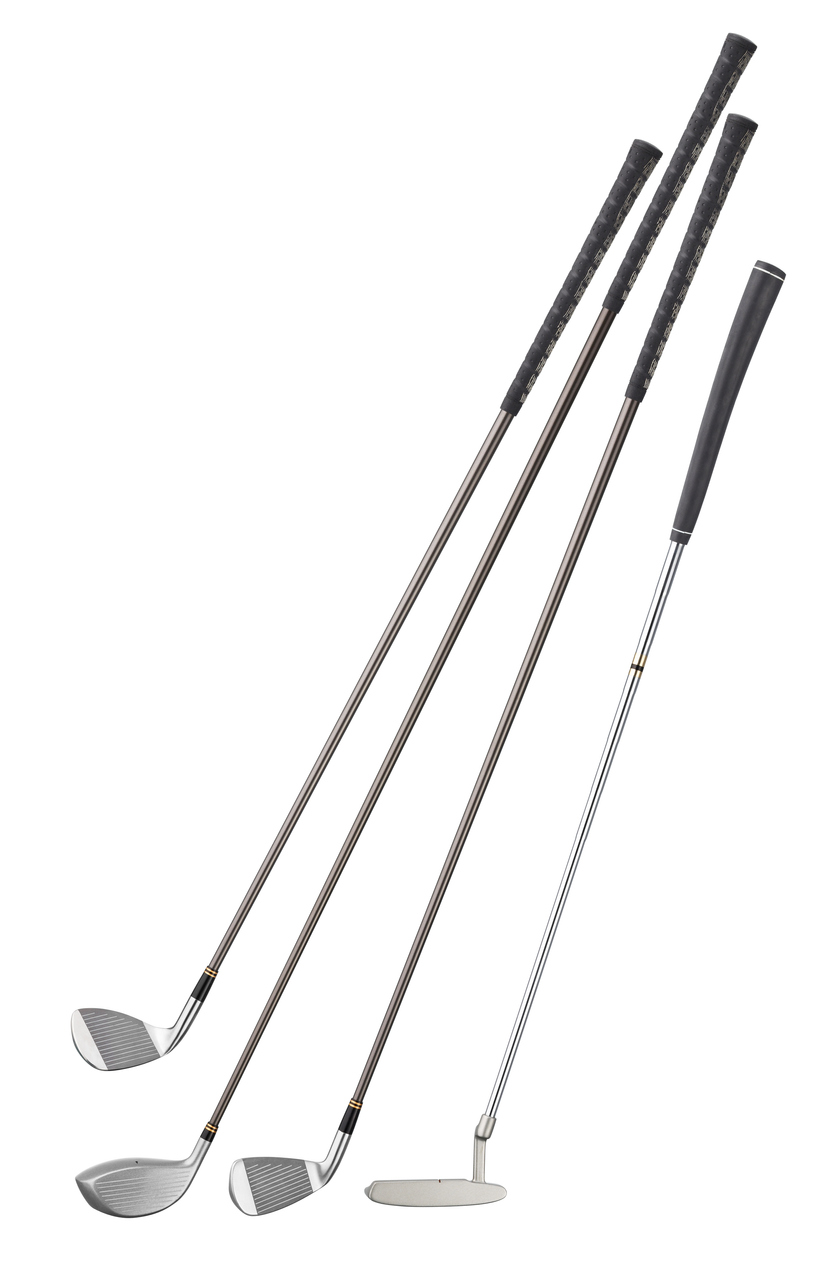 A golfer will have numerous clubs in his bag, each with a different purpose. Within each category you may also find different varients (identified by a numbering system) to be used in different circumstances by a player.

As the name suggests, these clubs were traditionally made of wood. These clubs include the driver and the fairway woods. You will notice these in a golf bag as the clubs with the largest heads, which are round with one flat side that is used to strike the ball. These heads are hollow, and the shafts are longer and thinner than other clubs in a golf bag. This allows a player to swing this club the fastest, making it the go-to club for teeing off to obtain the most length and height of a ball. 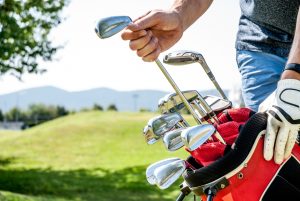 Irons come in sets, with each club distinguishable by a number variation. These numbers usually start at a 3-iron up to a 9-iron. They have smaller heads than woods, and angled faces with horizontal grooves that help grip a golf ball. The angle is called the loft, and this is the basis for the numbering system. These clubs are usually used on shots from a fairway after teeing off, but can also be used for a tee on a short hole. As the number of an iron goes up, the loft, or angle, increases and the length of the shaft of the club decreases. Generally, lower numbers create distance but not height, and higher numbers create height but not distance.

Wedges are similar to irons in that they have angled heads, but have specific purposes. There are the pitching wedge, gap wedge, sand wedge and lob wedge. Wedges are used for short distances such as hitting onto, or around, a green or (as the name of the sand wedge suggests), playing from a sand bunker.

Putters are considered one of the most important clubs in a golfers bag, as the aim of the game is of course to be able to put the ball into the hold. All of a players good work could be for nothing once the ball lands on the green, if the ball cannot be putted correctly. It is widely considered that there is no right or wrong putter and that putters are primarily based on personal preference.

Hybrid clubs are, as the name suggests, a type of crossbreed between a wood and an iron. Hybrid clubs are numbered similar to irons, and often replace irons in a players bag. Some players prefer the larger sized head of a hybrid, compared to a traditional iron, but the same benefits of the respective numbered iron in terms of distance or height apply to the comparatively numbered hybrid.